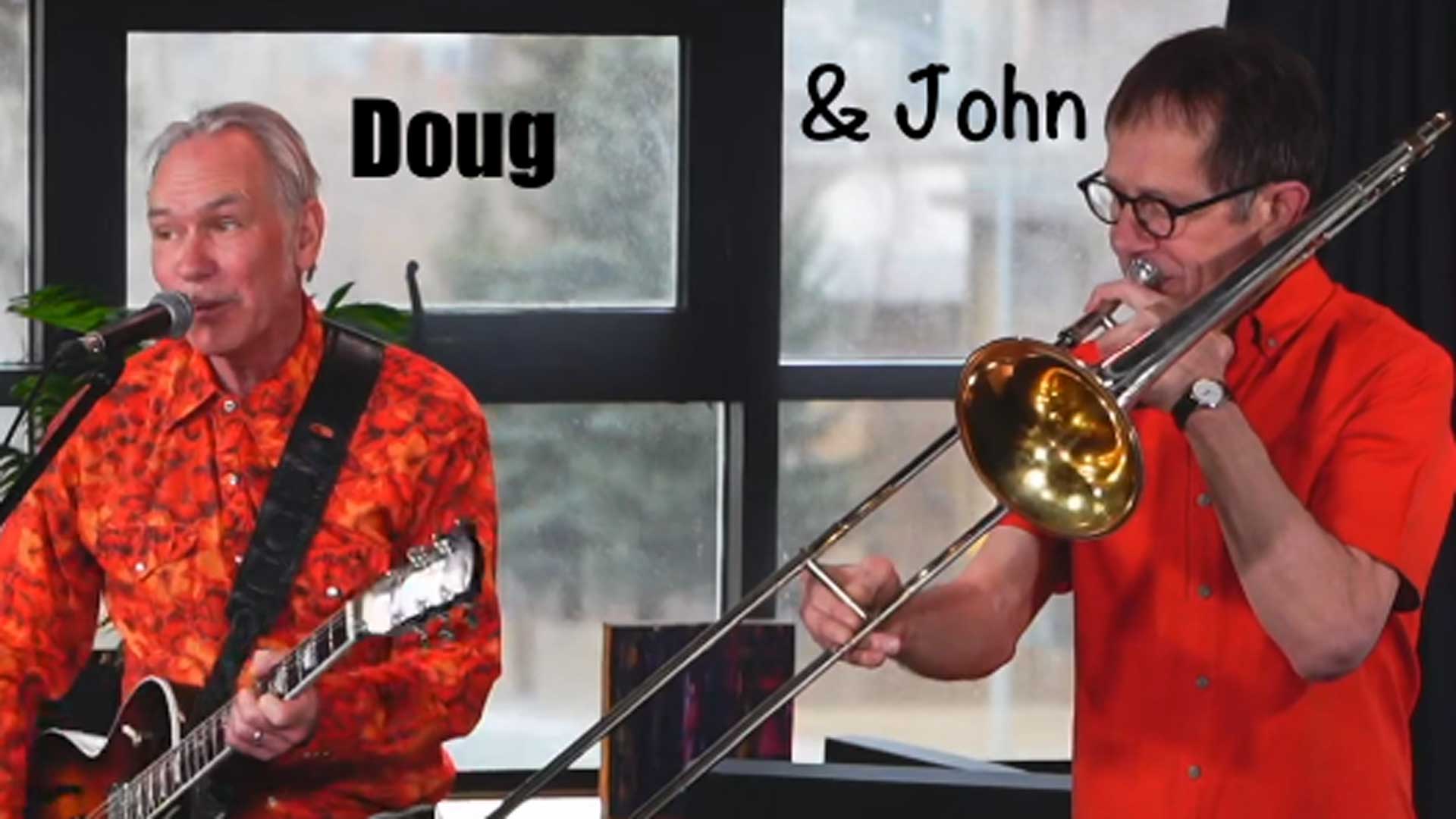 Doug started playing when he was fifteen. He busked throughout Europe. He won first place in the Calgary Folk Fest Songwriting contest two years in a row. He’s has had numerous bands, beginning in 1979 with Charles Atlas and the Real Men. He toured to Spain with the Ramblin’ Ambassadors, and produced the Bownesians’ Picnic for 9 years. His most recent real band was Büsker Dü.

John started playing when he was fifteen, and now he’s over a 100. He’s performed with the CPO, Foothills Brass Quintet, Tom Phillips and the Men of Constant Sorrow, and his own jazz trio Whisper Not Jazz. When John isn’t available, Doug works with his looping pedal. When Doug isn’t available, John howls at the moon.