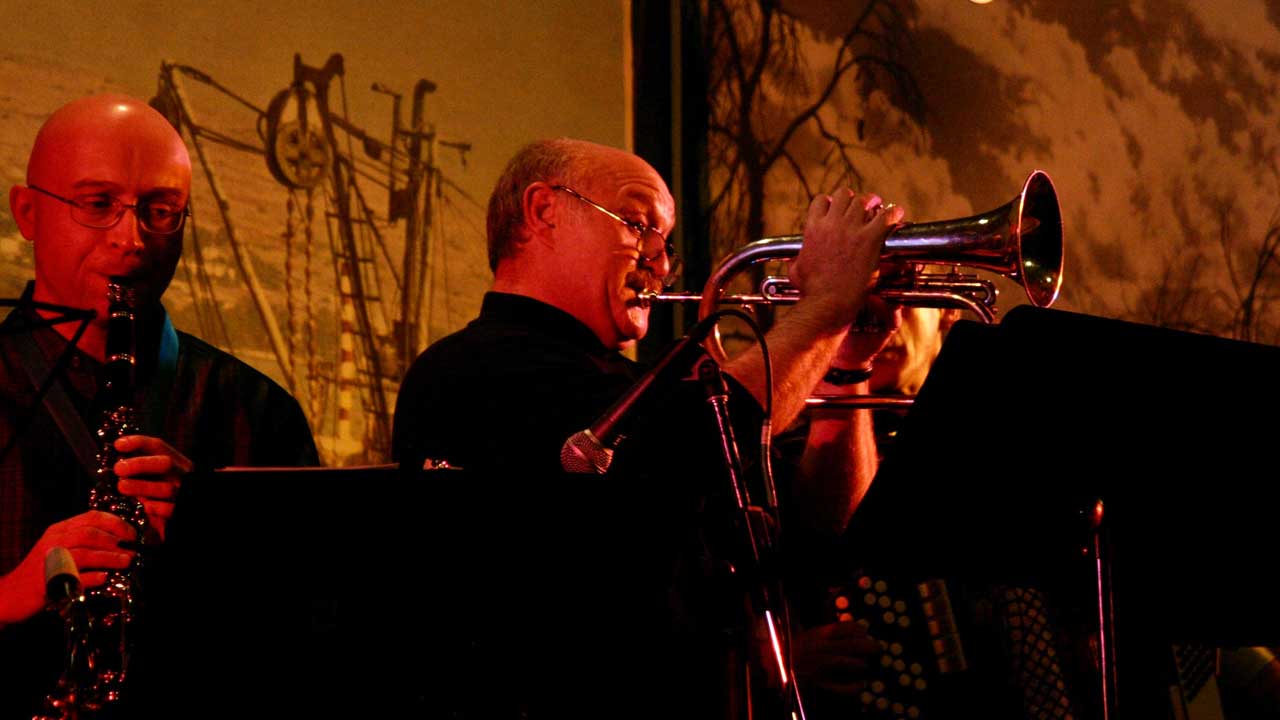 Zeev Berger and the Schmoozers

Zeev Berger & The Schmoozers is a band formed in 1995 by a group of local jazz musicians. The band plays a unique blend of jazz standards and Jewish and Israeli swing tunes. The band played regularly in local jazz bars and other Jewish events such as the Israeli film festival and large charity events. The band recorded two CD’s that are available on the band’s web site.