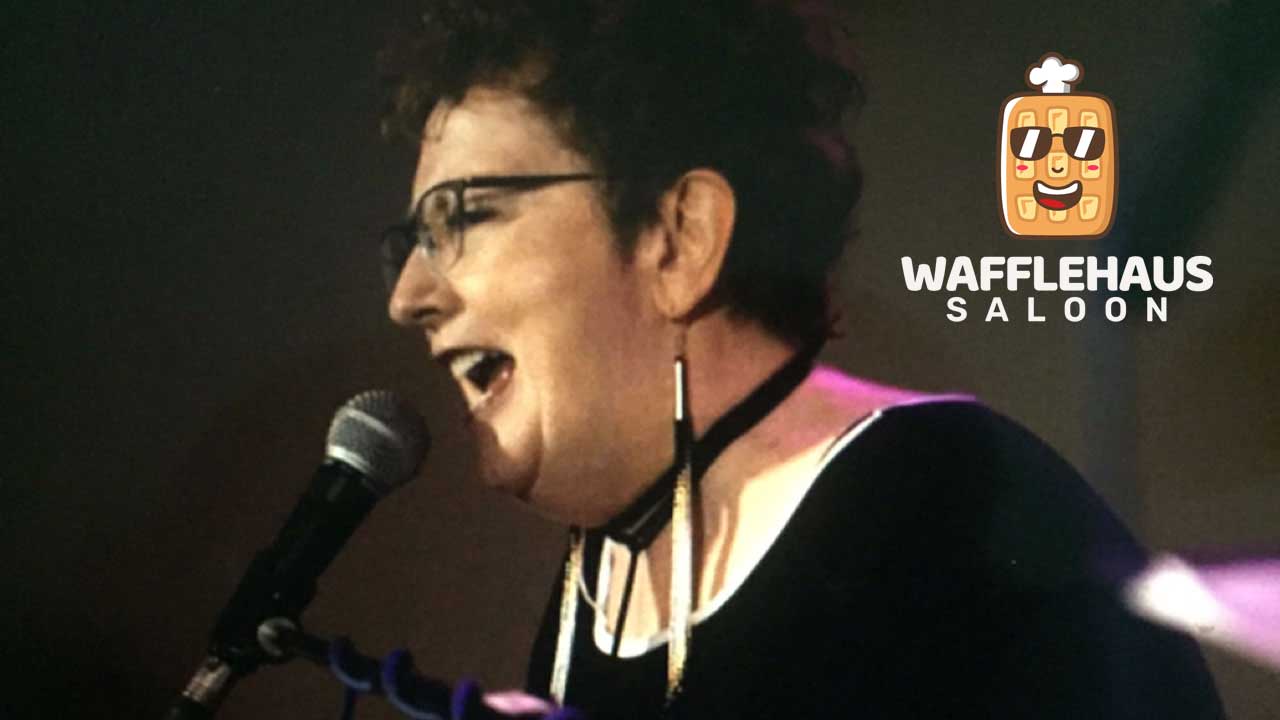 Every Saturday and Sunday, we fire up the irons and make some of the best Waffles, Frittatas and Huevos Rancheros this side of Bankview.

Wash it down with a $5 Mimosa and you have yourself a great start to your day.

All the while, enjoy the musings of great local and not so local live music.

Music starts at 11:00 ~ Admission by donation

Debra Power is a singer/songwriter/piano player raised in a musical family from the East Coast Canada, residing now in Calgary Alberta Canada since 2012.
An independent artist, she has released 3 albums of original music; EVEN REDHEADS GET THE BLUES, THAT’S HOW I ROLL and I’M NOT FROM CHICAGO, to international acclaim and airplay.
Debra is a two-time Semi-Finalist at the IBC (International Blues Challenge) and in 2017, her song TEMPTATION made it to the ISC (International Songwriting Competition) finals, with three other original songs making it into the semi-finals.
She’s garnered two YYC awards (Calgary Music Awards) for Blues Album of the Year, and two WCMA (Western Canadian Music Association) Blues Artist of the Year nominations.
Debra’s new album I’M NOT FROM CHICAGO, released in Feb/22, is still enjoying charting success, and her single release WHAT COLOUR IS LOVE (feat. Keeshea Pratt) with it’s profound message, was welcomed by DJs worldwide, and was posted on the International WIB page for Black History month.
She’s been a constant performer at Canadian Blues festivals, and in the future, is looking forward to touring outside Canada.
https://debrapower.bandcamp.com/album/im-not-from-chicago
https://www.facebook.com/Debra-Power-1543248939325848/
www.debrapower.com
https://youtu.be/krJWKdTYkCY
https://twitter.com/debpowermusic
https://www.instagram.com/deb_blues_power/