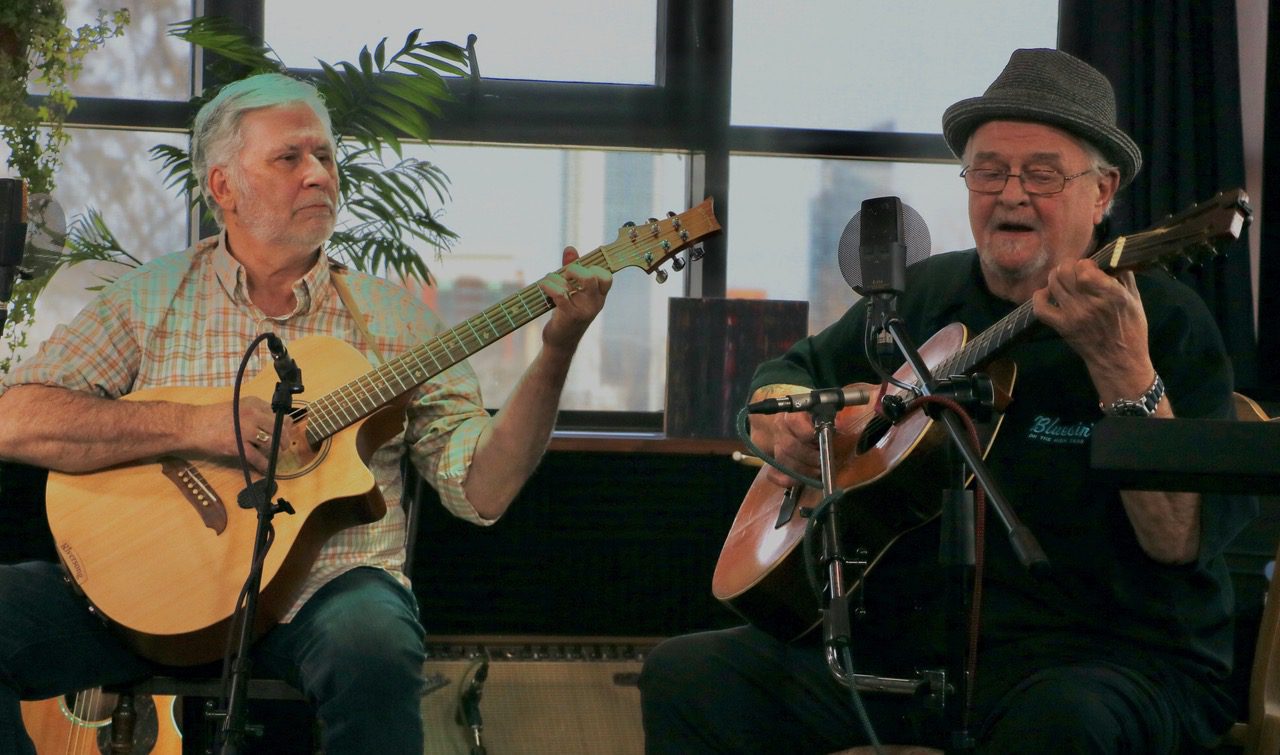 Tim and Jim together talking, playing and exploring the field of fingerstyle acoustic guitar. They’ll perform solo and together, and will discuss and demonstrate their distinctive styles. The music of ground-breaking players like Merle Travis, Bruce Cockburn, Chet Atkins, John Fahey, and the blues greats will be examined. There will be plenty of time for questions and interaction with the audience, as well as plenty of laughs, fun, and great music.

Jim McLennan’s reputation as a fingerstyle guitarist, composer and arranger has produced an enduring legacy as one of Alberta’s finest guitarists. He recorded for Stefan Grossman’s iconic Kicking Mule record label in the 1970s, and has been featured in Guitar Player magazine. His solo guitar recording, Six String Gumbo was a Western Canadian Music Award finalist for Instrumental Recording of the Year.

Tim Williams began playing coffee houses in his Native Southern California while still in his teens, and signed a major label recording contract before he was old enough to vote. He has toured extensively in North America and Western Europe, been nominated for numerous Canadian music awards, and was a double winner at the 2014 International Blues Challenge in Memphis (best guitarist-solo or duo, and best solo or duo artist).