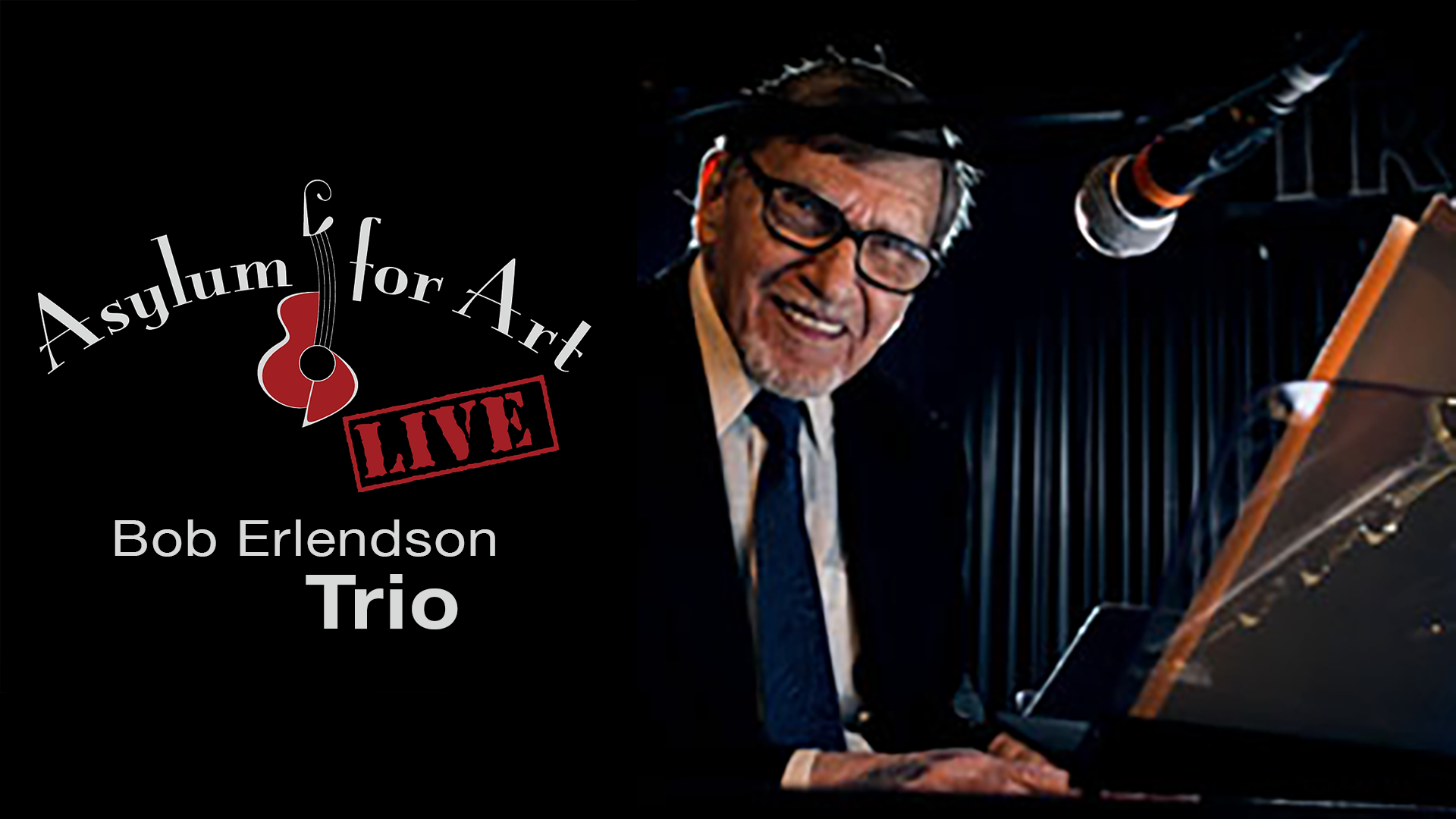 This is a by donation virtual show. Click the ‘watch the show’ tab below or venture over to ASYLUMforARTlive.com to watch. There is no need to register for this, but feel free to contribute if you like the show! We will keep you updated as to whether or not we are able to have a physical audience. Wear your mask and stay home to help out.

Highly respected in jazz circles, Bob has played piano professionally for over 50 years!  Best known for educating Lenny Breau in jazz theory, his original composition “Lullaby” was published in “Guitar Player Magazine” 1983.  He was featured for the documentary “The Genius of Lenny Breau” (1999) and was a consultant on the book “One Long Tune: The Life and Music of Lenny Breau” published in 2006 by University of North Texas Press and written by Ron Forbes-Roberts.

Bob studied jazz arranging with Gordon Delamont in Toronto from 1972-1976.  Gordon’s book “Modern Arranging Technique” (1965) published by Kendor Music inc. New York, is well known and used in College’s and University’s across Canada.  Gordon’s health was declining from a heart condition and it was very difficult to get in for lessons with him, but Bob was sent to Gordon through a mutual friend and got bumped up to the head of the waiting list after their first meeting.

After several years of study, in 1976 Bob won the Eddie Karam Award for best new arrangement by Gordon Delamont students in Toronto.  It was during this time that he began focusing his arrangements on Octet charts.  He has many of his compositions arranged for Octet and has released four CD’s “All About Jazz”  – Volume 1, Volume 2, Volume 3 and Volume 4 which feature these arrangements.  His family has a recording and video of his last octet concert (2016), and hope to use them for a documentary of his life’s story.  A best of album is also in the works.

Bob’s compositions “Lullaby” and “Ain’t Nobody’s Business” were featured on Big Miller’s album “Live from Calgary” released by Black Bear records in 1982.  The composition “What’s A Good Man to Do” was recorded by Valerie Shearman in Toronto for use on her debut album in 2007.  The co-written song “Rick n’ Bob” was released on Rick Washbrook’s album West Mystic in 2008 by dirty ice cream music.

Bob’s album “the Erlendson Effect” gets regular radio play on CBC and his special with Shirley Eikhard is still broadcast on television.  He has influenced many jazz musicians during his career and has given away much of his time in educating anyone who would listen on how to fix our understanding of music theory.

Since moving back to Calgary to be with family, Bob has been continuing to enthusiastically compose, and arrange songs for his Octet.