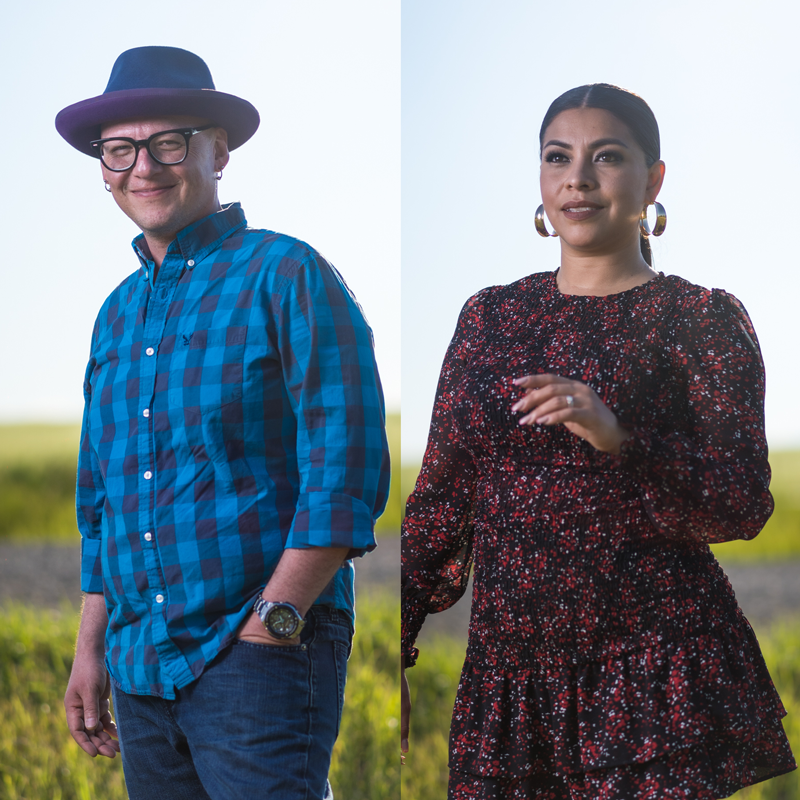 Location: MOB Cafe at The Asylum for Art

This is free a virtual show. Please venture over to wintersolace.ca to watch. There is no need to register for this and we are unfortunately not allowed to have a physical audience. Sorry. If you like the show, please kick in a little love to help keep this going.

I am Gisela Romero, I am a versatile Latin singer with a strong love for traditional Mexican Music and a Jazz enthusiast. I was born in Leon México in 1981, and I have lived in Canada since 2008. I was educated in Singing, Harmony, and musical theory at Cultural Center Mexico contemporáneo in Aguascalientes México, and in Graphic Design at La Salle University in Leon México. I started singing at the age of 9, but my professional development as a singer began in my teenage years. More than 20 wonderful years have passed, full of music and amazing experiences that have fulfilled my life. I have had the opportunity to work in several projects in Canada and Mexico as a lead singer with many bands in both countries, some musicals and also as backup singer with important Latin figures like José Alberto “El Canario”, Maelo Ruiz, David Pabon, and Jerry Rivera. I have participated in various editions of festivals, mostly in the Canadian west coast, such as Expolatino, Mexifest, Lilac Festival, Taste of Calgary, Fiestaval, Saskatoon Salsa Congress, and Regina Latin Fest, to mention some. From 2012 to 2018 I was a co-owner of Joker Entertainment, a company specialized in concert logistics and production. During that time, we produced a total of 26 shows with some of the most important Latin Grammy award winning artist from all over Latin America, the Caribbean, and Spain, all in Calgary. In 2015 I won first place in the Spanish category of the Contest Multicultural Idol produced by RED FM in Calgary. In 2019 I was awarded as Best Solo Singer by Fiestaval latin fest and the Calgary Multicultural Art Society. I released my fist album “Mil veces más” In July of 2019; which was nominated for the YYC music awards 2020 in the category of World Recording of the Year. I’m an artist made in Mexico and grown in Canada. My voice is my experience, my work, my talent. I am my voice, my roots and my art and I’m enormously proud to be Mexican and Canadian, well…Mexicanadian!

Esteban Herrera is a pianist, composer, arranger, producer and music director originally from Mexico, living in Canada. He was born in Mexico City on 1979 and began his music formation when he was 11 years old. He studied a jazz music performance workshop at the Music Conservatory of the State of Mexico, a Bachelor’s degree in Communication Sciences at the Monterrey Institute of Technology and Higher Education, a Bachelor’s degree in jazz music performance at the National Institute of Fine Arts of Mexico and a jazz music performance workshop at Ambrose University of Calgary. He has 25 years of professional experience as a full-time musician. He has performed, recorded and toured with several artists in many important venues all around Mexico, USA, Canada, Spain, Italy, Germany, France and Latin America. His music is an original approach to contemporary world jazz with Latin heritage, exploring odd meters and complex rhythms, letting the improvisation to lead each live session and recording. He writes the music and lyrics, arrange, play the piano, produce, direct and design the covers of his albums. He has released 7 albums as a leader so far, all available in the main internet networks of music streaming and purchasing sites.