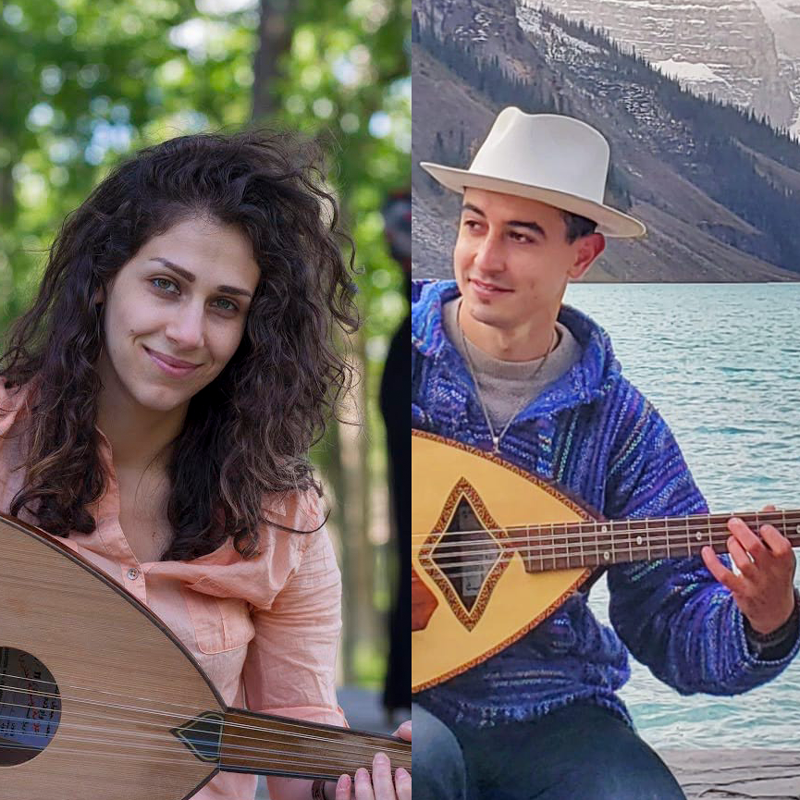 Location: MOB Cafe at The Asylum for Art

This is free a virtual show. Please venture over to wintersolace.ca to watch. There is no need to register for this and we are unfortunately not allowed to have a physical audience. Sorry. If you like the show, please kick in a little love to help keep this going.

Since emigrating to Calgary, Canada, in 2016 , Aya has performed at the Calgary Stampede and Globalfest, and with the Kensington Sinfonia. Also, got invited to Folkfest.

In 2020, for her outstanding commitment to the community and art she received the Calgary Catholic Immigration Society New Canadian Artist Award and the Portail De L,immigrant Assosiation (PIA) award.

She is a member of a band called HYMMmelodies, a seven-piece ensemble that often graces Calgary coffee houses with its Middle Eastern fusion repertoire.

Aya’s musical journey is deeply influenced by her Syrian roots. Which was obvious in her album (Homeland) the combination of two homelands that she has Canada and Syria, Hailing from Sweida, she taught herself to play the oud (a string instrument similar to the lute) during high school, and graduated from the University of Damascus with a degree in education. She volunteered with the Syrian Arab Red Crescent, working with families displaced during the Syrian war.

Inspired by her volunteer work, Aya used her music to explore the human capacity for hope during wartime, and performed her compositions in her home city. In Canada, she translates the rich culture of her homeland for audiences who often know little of Syria, but are eager to embrace her soulful melodies.

As an artist who inhabits the crossroad between nations, Aya is committed to speaking out about issues on exile and diaspora, and to celebrating the importance of home. She hopes that her music helps shape Canada’s vision for a peaceful and vibrant cultural mosaic.

Niño moved to Canada in 2019 after traveling the world from South America to Western Asia. Since then, he has performed at Calgary’s Cardel theatre, Bow Valley College, Calgary Catholic Immigration Society, CANAF and other venues around the city.

Influenced by his North African and Berber heritage, Nino creatively merges traditional Latin, Mediterranean and Arabic musical styles either solo or with others. He plays a variety of string instruments such as guitar, banjo, and his personal signature Mandole, a traditional Algerian instrument.